Marrying women in Russia - just like that? Micro blogs 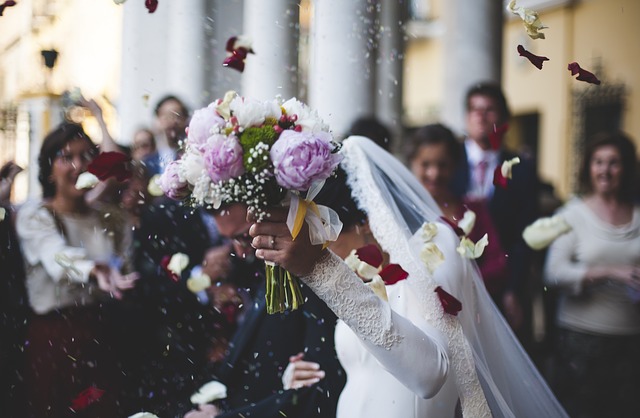 If you meet a woman from Russia or Ukraine and you love each other, you will eventually want to live together. But should you marry women in Russia "just like that"? It is the easiest way to end a long-distance relationship so that one of you can emigrate. But many men shy away from this step. After all, you hardly know the woman and you keep hearing about failed marriages between American men and Russian women. So is marrying foreign women from Russia a good idea or not?

Is it even necessary to marry women in Russia?

Whether Russian or Japanese, the relationship with a foreign woman is in most cases initially a long-distance relationship. We are talking about the case where you have your centre of life in Germany and your wife abroad. Then you can "Skype" via the Internet and meet up now and then on holiday. But anything beyond that would be difficult. Most likely, neither you nor your partner have a residence permit for the other country. As a result, you and your partner are only allowed to stay in the other country for the time specified in the tourist visa. As a rule, this is a few weeks per year. Whether a love relationship can be maintained in the long term in this way remains questionable. After all, at some point the desire to live together will arise in at least one of you. Certainly there are couples who basically strive for a long-distance relationship and are happy in such a relationship. But it is rather the exception to the rule.

Normally, couples want to live together at some point. For them, a long-distance relationship is a temporary solution and not a permanent one. And that's why it happens quite quickly that American men marry their wives from Russia. It is the easiest way to get a residence permit, because from then on you are officially family. Almost all states in the world allow people to reunite with their families and therefore grant them a residence permit. But are there other possibilities besides marrying women from Russia right away? Theoretically, yes. One of you could organise a job in the other country in order to obtain a residence permit for work purposes. To what extent this is feasible is certainly a question of motivation, but it is also not easily possible. This is because foreign employers prefer nationals as employees where they do not have to worry about visa matters. There are many ways to get a residence permit, but none is as short as marrying your Russian wife.

Why many men do not want to marry

Getting married and marrying a woman from Russia? Many men at least have respect for that. I understand that, because it's not something to rush into. We all have at least one relative or acquaintance who has already gone through a painful divorce. There is always talk of the expensive divorce, assets or children, everything is gone. What is left is a lonely man with an empty bank account. It sounds scary, and to some extent it should be. For all your love, you should marry not only with your heart, but also your head. Even if it seems unromantic, you will save yourself from a lot of pain in the future. Because love can fade, life can change, but what always remains is the marriage certificate. Even families can break up and children can suffer. Many men are afraid of such a scenario, which is why people don't get married as often as they did 50 years ago.

Actually, you want a partner with whom you can spend your whole life happily. But it's not that easy, we all know that. Especially those who have been in a relationship for a long time. In the beginning you are in love, everything is good and the world is in rosy colours. At some point, however, the butterflies in your stomach fade away. A new feeling spreads and is called habit. It can replace your love without you noticing. Then you are still half asleep at the breakfast table and your wife wakes you up with a "Honey, we need to talk". Suddenly you know it's over and you couldn't even prepare for it. A horror scenario that goes through many men's minds when they think about getting married. That's why they are cautious, set up marriage contracts or don't want to get married at all. I can understand all that, and yet I can't understand it either.

Why men hesitate to marry women in Russia

Before I go into the positive aspects of getting married, I would like to briefly address the issue of marrying Russian women. Because in addition to the general concerns, there is also specific scepticism about marrying women from Russia. We all know the prejudice that "Eastern European women only want American men's money". As if they marry American men only for that purpose, i.e. they have divorce in mind from the beginning. Such women, who seem to have only evil in mind, are certainly not the kind of people you want to marry. When divorce is virtually pre-programmed! I have written a separate blog article on this topic. But I can already reassure you here. A study from Switzerland has shown that binational marriages with Eastern European women are particularly stable. Even if there are couples here where divorce is pre-programmed from the start, it is the minority.

Don't be a modern American man

You have now heard many arguments against getting married in principle. Even if Russian women are no nastier than American women, getting married still involves risks. But in the risk often lies the opportunity. Marriage can change your life in a positive and lasting way. Marriage is much more than just a contract that binds two people together. You are a team and support each other to achieve more together. Something is built together in life: Children, family, business. Things you can look back on proudly later when you are old. Alisa and I have been together for less than 10 years, but we have achieved more than many singles in 20 years. Just because we are stronger as a couple. The wrong marriage can make you weak, but the right marriage makes you strong.

Should you complain about emancipated women...

...but at the same time fear marrying women from Russia, it doesn't make sense. Many American men complain that women in USA are so emancipated and only have careers on their minds. Instead of starting a family, they prefer to travel the world, pursue their hobbies and live "unattached". But the fact is that many American men today are just as emancipated as the women they secretly complain about. Instead of wanting to build something long-term, they look for quick fun with their buddies and want to "be free". Yes "being free" is what they call it in this logic and whoever gets married is therefore no longer "free". It is a very narcissistic concept of freedom that prefers short-term fun to long-term harmony. Therefore, everything becomes "boring" more and more quickly, which is why everyone is looking for the "kick". The motto of the hour is: variety at any price.

Therefore, part of the truth is that many men do not marry because they feel restricted in their "freedom". Personally, I have never thought that way. If I want to travel, I can do it with my wife or family. It's even more fun for me because then I can share my positive experiences with my family. Instead of just with friends. Everyone should have friends, but when it comes down to it, blood is always thicker than water. That's how it's always been and that's how it will always be. Because you have a stronger bond with your wife than with a friend. You have a stronger bond with your family than with your friends. Even if this bond makes you dependent, it gives you a greater feeling of security. This security makes you strong and ensures that you have energy for the really important things in life. This also gives you more success in life.

Why you should marry women in Russia

Look around you and look at the rich and successful men in this world. You will notice that many of them are boringly married and maybe that's why they are successful. Because when you're single, you have to constantly make sure that you don't feel lonely. That eats up a lot of time and energy. Because you have to keep dating women and not every evening promises an erotic night. In fact, I know enough men who can probably count their one-night stands on one hand. Besides, one-night sex with a stranger doesn't have to be better than sex with a wife of many years. In fact, many one-night stands are a disappointment for both parties. Although it sounds "boring", good sex often develops over time when two partners know each other well. Only then do both know what the other is into in bed.

So should you try it after all and marry women from Russia? If you are someone who knows what you want and prefers long-term happiness to short-term fun, then yes. Don't complain about American women, but set a good example. If no woman in USA appreciates you for it, then marry a woman from Russia. Make it easy on yourself, you only live once. What I simply want to say is that marriage doesn't have to be something bad, it can also be something liberating. Of course, the chemistry should be right. Also - as far as sex is concerned - it can't hurt to marry a woman you find attractive. That's another reason why I recommend looking for a partner in, for example, Russia or Ukraine. As we all know, there is more room for improvement when it comes to meeting dream women. If you have found the woman of your dreams, don't hesitate to marry her. Because otherwise someone else will do it.

Conclusion: Marrying Russian women can be the solution

That was my statement on the topic of marriage and I hope you liked it. If you did, I hope that you will find your personal Russian dream woman with whom you can realise this intention. Of course, it is not easy to meet a woman from a foreign country and to win her for a love relationship. If you want to learn how to meet and marry your personal Russian dream woman, contact us. You only live once and it's worth investing in your life's happiness!