Characteristics of the city of Irkutsk Micro blogs 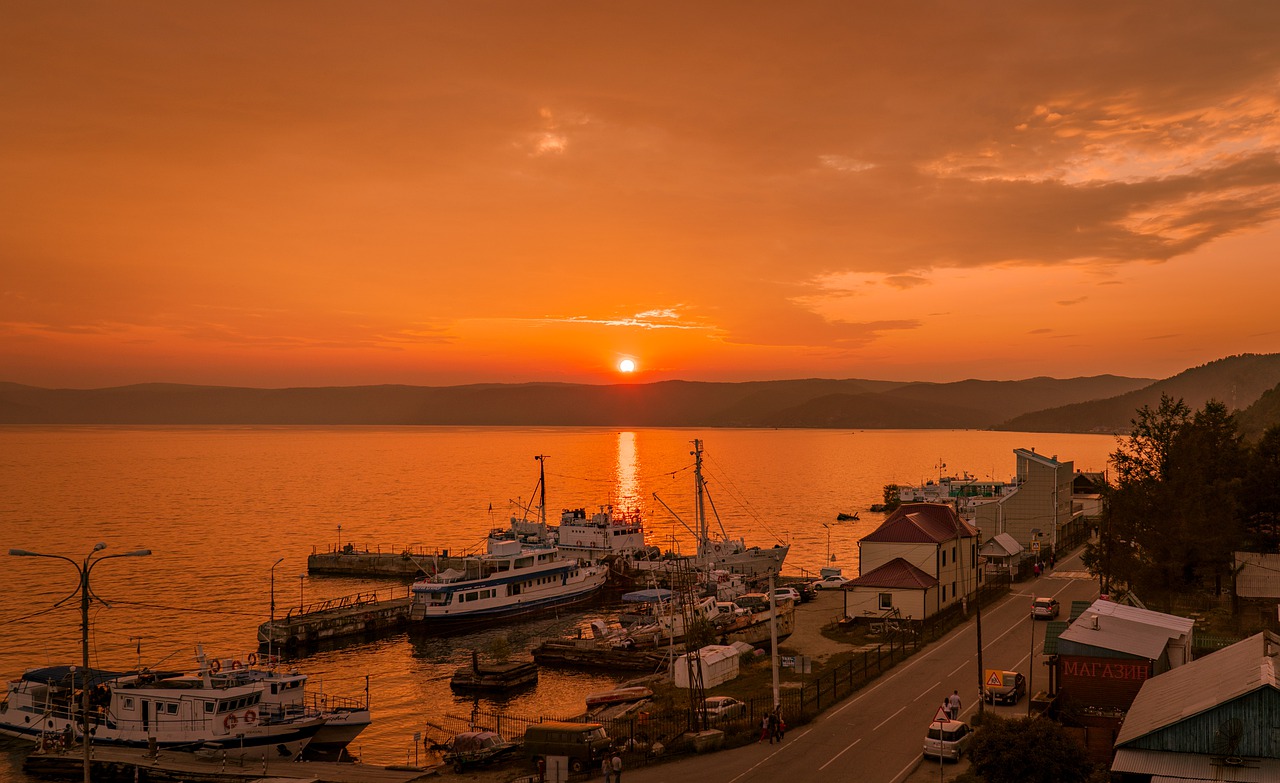 Characteristics of the city of Irkutsk

Characteristics of the city of Irkutsk

Irkutsk region is a subject of the Russian Federation. The region is located in the southeastern part of the Siberian Federal District. The administrative center is the city of Irkutsk. The subject was formed on September 26, 1937, after the division of the East Siberian region into Irkutsk region and Chita region. It is bordered on the west by the Krasnoyarsk Krai, on the northeast by the Republic of Yakutia, on the east by the Transbaikal Krai, on the east and south by the Republic of Buryatia and on the southwest by the Republic of Tuva. The region includes 33 municipal areas, 9 urban districts, 67 urban settlements, and 365 rural settlements. The majority of the regional population (79%) lives in urban areas.

The region has a well-developed transport system, with all types of transport: air, sea, rail and car.
The main transport artery of the Irkutsk region is the Trans-Siberian Railway. The western section of the BAM extends from the city of Taishet to the east. The operational length of public railway lines is about 2500 km.

The length of public hard-surface roads is over 12,000 km. The Oblast ranks second in the Siberian Federal District in terms of road mileage.

The largest navigable rivers running through the region are the Angara, the Lena, and the Nizhnyaya Tunguska and have determined the development of water transport which accounts for about 10% of the total cargo turnover. The largest ports are located on the Lena River - Kirensk and Osetrovo (Ust-Kut), through which goods are transshipped to the Republic of Sakha (Yakutia) and to the northern seaport of Tiksi.

Air transport, including international transport, is mainly provided by two airports, located in the cities of Irkutsk and Bratsk.

The Irkutsk region is a large industrial zone. It accounts for 6.5% of all Russian electricity production, 15% of industrial wood exports, 6% of coal production, almost 20% of all Russian pulp production, more than 10% of cardboard production and about 9% of oil refining.
The regional industry is dominated by wood, woodworking, pulp and paper, mining, fuels, non-ferrous metallurgy, energy, machine building, food, chemical and petrochemical industries and ferrous metallurgy. The region's mineral resources are an important factor in industrial development.

Sources of emergencies
Brief assessment of the possible situation on the territory of the region in case of major industrial accidents, disasters and natural calamities.

1) accidents (disasters)
As a rule, airplane accidents are likely to occur on the approach (during the climb to altitude) to airfields. Aircraft accidents are particularly dangerous in the area of Irkutsk airport, which is located within the city limits of Irkutsk.
Depreciation of rolling stock, especially departmental rolling stock, and rails, as well as damage to the railroad bed caused by natural factors can lead to possible derailment and runaway of trains on almost all sections of the East Siberian Railway.
The process of erosion of the reservoir banks leading to landslides, the presence of a significant amount of waste wood in the waters of the Bratsk reservoir, a high percentage of deterioration of river vessels lead to an increased probability of accidents on river transport.
The limit of the life span of the main pipelines, first of all the oil pipelines, the passage of their routes through rough terrain, the crossing of a large number of water obstacles, ravines, as well as the active impact of the aquatic environment (large annual floods, rise in the water table) and deep freezing of the ground in winter, lead to the occurrence of accidents (ruptures, cracks) on pipelines.

2) Accidents in facilities handling hazardous chemicals
The greatest danger to the population and territories is posed by industrial accidents at AHWs in ANHK (Angarsk), OAO Usolie-Sibirsk Chemical Plant (Usolie-Sibirskoye), OAO Sayanskkhimplast (Zima district), LPC chlorine plants (Bratsk, Ust-Ilimsk), as well as rail transport accidents. In accidents with the highest number of casualties and in the worst weather conditions, the impact of toxic vapors spreads over almost the whole or the majority of the territory in the following cities: Angarsk, Usolye-Sibirskoye Bratsk, Ust-Ilimsk.
Due to the location of the above-mentioned facilities (with the exception of OAO Sayanskkhimplast) within urban boundaries, even minor accidents with AChS at these facilities constitute a danger to the population.

3) in case of explosions and fires:
The location of explosion-hazardous objects practically within the limits of inhabited areas or in the immediate vicinity of them causes the appearance of fire zones in the cities of Irkutsk (Batareynaya station), Zima, Nizhneudinsk.
High flammability of forests in such areas as Usolskiy, Cheremkhovskiy, Ziminskiy, Kuitunskiy, Taishetskiy, Bodaibinskiy, Katangskiy, Kirenskiy, Mamsko-Chuiskiy, Ust-Kutskiy, Bratskiy, Ust-Ilimskiy creates conditions of threat to settlements both directly by fire and by thick smoke.

The degree of stability of the hydroelectric plant excludes any catastrophic flooding in the area. The danger is caused by the systematic under-flooding of houses during the spring-summer floods.
More than 57 settlements (more than 4000 houses, about 16000 people), parts of roads and power lines, pedestrian and road bridges, agricultural land and summer residences could be affected by flooding.

April - June: Spring floods combined with intense rains cause high water levels in the Angara basin rivers: Kitoy, Belaya, Oka, Iya. Baryusa, Uda.
Rapid flooding can occur in the Lena River basin: Ilga, Kuta, Kirenga, Chaya, Chuya, Vitim. When the rivers break up, massive ice jams occur.
May - June
For 3-10 days, a strong ice drift occurs on the river N.Tunguska, with ice jams up to 3.5-4.0 m.
June - September
The increase in the water level of Lake Baikal, which causes considerable waterlogging of the southeast coast (Republic of Buryatia), requires an increase in the release of water through the Angarsk cascade of the SPH, which leads to a partial blockage of the territories in the locks downstream of the SPH.
July - September
During heavy rains, the water level of the rivers of the N.Tunguska basin increases.
Thus, since the spring-summer floods, during periods of heavy and prolonged rains, a number of rural settlements, dacha plots, farmland are partially flooded.

6) In case of earthquake:
A considerable part of the territory of the region is located in the Sayan-Baikal seismic hazard zone. Strong and weak earthquake foci are formed in the southern and central regions of Baikal and Tunka Valley, where the strongest earthquakes with epicenter intensity of 9-10 points are possible.
The forecasts of the medium-term seismic situation for the territory of the region show the possibility of earthquake foci, first of all in the southern and middle parts of Lake Baikal, with the intensity of epicenter fluctuations up to 10 points MSK-64 (according to the MSK-64 scale).
Seismic activity in the region suggests an earthquake in the south, east and northeast of the region.
The cities of Irkutsk, Angarsk, Baikalsk, Slyudanka, Shelekhov and Usolye-Sibirskoye, as well as the settlements of Angarsk, Irkutsk, Olkhon, Slyudanka and Shelekhov districts could enter the strong earthquake zone with devastating consequences.

7) mass infectious diseases:
Occasional (small numbers) human cases of tularemia, typhus (tick-borne typhus), anthrax, and, to a greater extent, tick-borne encephalitis are possible (6-7 persons per 100,000 population per year). Tick-borne encephalitis is prevalent throughout most of the region, with the exception of the northern areas.
In the case of traditional diseases of farm animals, such as brucellosis (Alarsky, Zalarinsky, Kuitunsky, Tulunsky districts), tuberculosis (Taishetsky district), swine fever (Bokhansky. Ust-Udinsky districts), almost 50-100% of sick animals belong to the category of death.

Geographical and climatic characteristics of the territory, influencing the formation of emergency sources

The average air temperature in July almost everywhere reaches + 180?, except in mountain areas and on the Baikal coast, where it drops below + 150?.

On the territory of the region, regular frosts begin 20-25 days later, and end 25-30 days earlier than the air temperature passing by 0?. Thus, the duration of winter varies from 120 days in the south of the region to 180 days in the north. The number of days with average daily temperature less than or equal to -10°C increases from the southwest to the northeast, from 103-105 (Taishetsky and Nizhneudinsky districts without mountainous areas) to 142-152 in Katangsky and Bodaibinsky districts. In the extreme north of the region, this period exceeds 160 days.
The harshest climate is found in the Erbogachenskaya plain and the Stanovoy highlands, where the conditional January temperature drops below - 30 °?. The zone of very severe discomfort consists of three districts - Mamsko-Chuysky, Bodaibinsky and Katangsky.
During the warm period (April-September), certain weather phenomena are observed on the territory of the Irkutsk region, which are classified as dangerous. The combination of high temperature and low relative humidity with increased wind speed leads to dangerous weather phenomena such as dry winds, droughts, dust storms, contributing to a significant increase in fire danger.
Fires in the region are one of the main anthropogenic factors of negative impact on the natural environment and occur with equal probability in forest and non-forest areas.

Mudflows play the main role in the mountainous part of the Irkutsk region, and a high risk of the occurrence of such flows is noted for the southern and northwestern rivers of Pribaikalye as well as in the central part of the Eastern Sayan. The most developed strip of the southern coast of Lake Baikal is exposed to their destructive influence, where road surfaces, railroads, bridges and other structures are repeatedly destroyed.
The highest value of generalized risk is in the Irkutsk region, where the process of anthropogenic waterlogging has become an ecological disaster, which, in addition to the direct threat to engineering structures, increases the seismicity of the territory and activates other processes.
The activity of mudflows from rivers on the coast of Lake Baikal is increasing, especially on the northern slope of the Hamar-Daban range (section from the village of Kultuk to the border of the oblast in the east), which poses a danger to the city of Slyudyanka. Baikalsk and other settlements.

The formation of climate in the Irkutsk region is influenced by water bodies. These are Lake Baikal and three large artificial reservoirs: Irkutsk, Bratsk and Ust-Ilimsk. The impact of Lake Baikal is particularly noticeable during the transition periods. In autumn and early winter, when the water surface of Baikal is open, it has a warming effect on the temperature regime of Irkutsk and the southern districts. In spring and early summer it lowers the air temperature in the land layer. During the warm seasons, the south of the region is characterized by the outflow of cyclonic formations from the Mongolian regions, which cause long-lasting and often heavy rainfall.
In recent years, there has been an increase in the number of extreme situations resulting from the impact of adverse and dangerous hydro-meteorological phenomena on the territory of the region. The most frequent hazardous phenomena in the territory of Irkutsk region are frost, strong winds, heavy precipitation, extreme fire hazards, as well as local phenomena: thunderstorms, hail, fog.
Strong winds dominate in summer. Their speed can reach a destructive force - 25 m/sec and more.